The Wisconsin State Law Library and the Milwaukee and Dane County Legal Resource Centers will be closed on Wednesday, July 4 in observance of the Independence Day state holiday.

There's still plenty of time to register for our July 10 legal research class on using Books Unbound, the State Bar of Wisconsin's subscription database of searchable CLE titles. This useful database is available on the public computers at WSLL, DCLRC and MLRC, so come and learn how to navigate, search, and print from it. For more information and to register, please visit our Classes webpage.

Have Program, Will Travel

Is your local bar association looking for a good CLE program to offer at an upcoming meeting? The State Law Library would be pleased to present information about the services and materials it provides for practicing attorneys. For more information and to schedule a date, please contact Connie Von Der Heide, Director of Reference & Outreach Services, at (608) 267-2202, (800) 322-9755 or Connie.VonDerHeide@wicourts.gov.

In May we bade farewell to MLRC Library Assistant Jennifer Grieve, who has found full time employment as an attorney. In June, Diane Montgomery joined the MLRC staff to fill that position. Diane has a paralegal certificate and volunteers at the Family Law Self-Help Clinic in the Milwaukee courthouse. Welcome, Diane!

This Just In… – Pete Boll

First published in 1853 and used by the likes of John Marshall, Daniel Webster and Abraham Lincoln, John Bouvier's famous law dictionary has been updated by Professor Stephen Sheppard of the University of Arkansas. Sheppard has added thousands of new terms and completely rewritten definitions for the original ones, making this the first complete revision in a hundred years. Expanding on Bouvier's original 6,600 entries, Sheppard's revision contains 8,500 entries defining more than 11,200 words and phrases, from frequently used terms to rarer ones encountered in contemporary practice. Definitions are organized in intuitive structures, in which major terms are used to organize concepts and related terms so that, for instance, the exceptions to hearsay are found under Hearsay, and the forms of estate are all found under Estate. Thorough cross-referencing is provided, and useful appendices include:

Anderson's classic treatise is a key source for researching the often complex issues of Wisconsin insurance law. The 2012 update includes reports on the following new developments:

A few months ago, the very popular photo editing tool Picnik was shuttered by parent company Google. Many Internet users loved Picnik for the fast, easy, fun and free photo editing it offered. Happily, two of the creators behind Picnik left Google and now offer Picmonkey.

Picmonkey is free with no registration required. The site is faster than Picnik was and offers many of the same features, including basic editing, effects, text, borders, and a collage maker. Picmonkey also includes a Facebook App.

If you'd like to go a step further and venture into graphic design tools, check out Picpick. Picpick can be used for screen captures, image editing, and more. It's been lauded as one of the best all in one image design tools, suitable for software and web design. The free version is for personal (non-business) use. 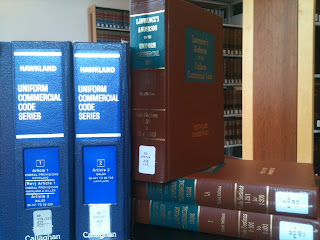 Lawrence's consists of 23 bound volumes. It provides original text and comments from the Uniform Law Commissioners and analysis of each article of the UCC. References to state case law are well organized in footnotes throughout. One volume is dedicated to local code variations for all jurisdictions. The set is updated via annual pocket parts.

Hawkland's Uniform Commercial Code is an 18-volume loose-leaf service, also providing detailed analysis of the UCC, model code, official comments and local variations. Hawkland's includes a focus on "private law conventions" which can be useful in understanding international commercial transactions in a global economy. In addition to the print set, the library provides full text electronic access to Hawkland's on Westlaw.com.

3rd - Watch for a full moon, which is sure to be the perfect backdrop for fireworks. A full moon in July is sometimes referred to as a Buck Moon or Thunder Moon.

To learn more about U.S. history, documents, songs, flags, fireworks, and even foods associated with the Fourth of July, visit this USA.gov page on Independance Day. For instance, did you know there's over a 1 in 3 chance that the baked beans being served at your backyard barbecue were grown in North Dakota? In 2010 that state produced 36 percent of the nation's dry, edible beans. (Source: U.S. Census Bureau's 2011 July 4th "Facts for Features")

You can also use the Census Bureau's Population Clock to track the nation's population – right up to the minute!

15th to 21st - The third week of July is National Zoo Keeper Week.