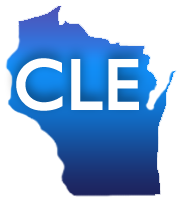 There are still spaces available in two of our August classes. Conveniently scheduled over the lunch hour, sign up for one today! Classes are offered from 12-1 p.m. and do not have a registration fee.

Madison - On August 11, there will be an Introduction to Legislative History class at the State Law Library covering the primary resources you will need and locating drafting files online.

Milwaukee - On August 12 there will be a session on Books UnBound, the State Bar of Wisconsin's database featuring all of their helpful practice manuals including the Wisconsin Judicial Benchbook series. Search more effectively, browse treatises, and email yourself form templates for easy word processing later.

We are also offering a Beginner WestlawNext class on Tuesday, August 18 at the State Law Library that is currently full. Contact us if you would like to be on the waitlist.

I had the opportunity to attend the Annual Meeting of the American Association of Law Librarians (AALL) last month in Philadelphia. The convention brought law librarians from firms, law schools, and government agencies together to discuss the pressing issues impacting law libraries across the county. This year's theme, "The Power of Connection," set the stage for exploring how we connect across distances, contexts, and platforms, and why it matters.

One program that brought that message together for me was Attorney Robert Ambrogi's presentation, "How Collaboration and Crowdsourcing are Changing Legal Research." Attorney Ambrogi discussed several unsuccessful attempts that have been launched over the decades to freely share legal information and legal research online. He spoke about how innovative researchers sharing sources, commentary, and insights in a public online forum could be the best way to do legal research if developed appropriately.

Attorney Ambrogi suggested that success will depend upon:

In closing, Attorney Ambrogi proposed, "if these criteria are achieved then success will breed success." I found this presentation and many others to be helpful in imagining new and better ways our library can provide relevant, reliable, and trusted information to our users.

This Just In - Pete Boll

Recently added to complete our collection of the Wisconsin Practice Series, the Wisconsin Civil Rules Handbook covers changes to civil practice in Wisconsin circuit courts. The 2015 edition addresses such recent developments as:

This well-known treatise on Wisconsin insurance law has been updated so extensively it was released as a new edition. Highlights include the following issues addressed in recent Wisconsin Supreme Court decisions:

Google Scholar is a database containing articles, patents, and case law. The "article" side of Google Scholar links to journal articles, law reviews, and scholarly papers. Some are freely available on the web while others are contained within fee-based services, such as HeinOnline, JSTOR, or EBSCOhost.

Attorney Joshua Furnald, a regular library user, recently shared with us one of his favorite tips for sorting article results in Google Scholar. This tip focuses on sorting articles that are freely available, most often available in .PDF format. Therefore, a quick sorting trick is to append the search with a file type limiter (filetype:pdf).

The second search will bring freely-available articles in .PDF format to the top of your list of results. Just remember to simply add filetype:pdf to get this effect.

Each volume has a table of contents and legend for the abbreviations used in the text. The general subject index for the whole series can be found after the last volume on the shelf. Each book individually receives an annual pocket part, or a printed update, while the whole series updates via periodic "Interim Update Service" pamphlets. Check the preface of the pocket part to see what session laws are included in the latest update or verify it in Westlaw.

All three of our library locations have public access to Westlaw. When reading a particular statute, click "Currentness" to see the most recent act included in the content. Use the tabs to explore the same valuable sections found in the printed edition, run keyword searches, or browse using the popular name table. Download and email whole documents from our computers at no cost, or bring a laptop to connect to Westlaw through the State Law Library's wifi.

In June we celebrated the 800th Anniversary of the Magna Carta, but 2015 has several other milestone anniversaries this month worth mentioning.

10 years - August 23-30, 2005. Hurricane Katrina slammed Cuba, the Bahamas, and the southern coast of the United States. Florida, Mississippi, Alabama, and Louisiana were the worst hit areas. Roughly 80% of the city of New Orleans flooded after the levee system failed. With over 400,000 displaced residents, 1,200 deaths, and $75 billion in federal aid, Katrina is the costliest U.S. hurricane on record. The Federal Emergency Management Agency (FEMA) came under scrutiny for their slow response and as a consequence significant changes were made. For further reading see this NPR article from Nov. 2012, "Lessons from Katrina Boost FEMA's Sandy Response." 50 years - August 6, 1965. President Lyndon B. Johnson signed the Voting Rights Act into law. The Act guaranteed that no person shall be denied the right to vote on account of race or color, and contained several special provisions for certain jurisdictions where African Americans were most aggressively deterred from registering and voting. The Voting Rights Act, however, did not prohibit poll taxes. In Harper v. Virginia State Board of Elections, 383 U.S. 663 (1966), the Supreme Court found Virginia's poll tax to be unconstitutional. Steps were taken to enforce the eradication of this common practice through such measures as the appointment of federal examiners.

95 years - August 26, 1920. U.S. Secretary of State Bainbridge Colby certified the ratification of the nineteenth amendment, guaranteeing women the right to vote. The women's suffrage movement began in the 1800s. Several generations of activists lobbied, rallied, and performed acts of civil disobedience. In 1971 a bill designating August 26th of each year as Women's Equality Day passed. This act authorized and encouraged the President to issue an annual proclamation commemorating both women's suffrage and the 1970 Strike for Equality.

Add us on Google+